It was announced that Laura Jane Grace, front woman of Against Me!, will be the center of a new web-series called “So Much More” by AOL.
It is among 16 new and original web-series launched by the company. In a release, this particular series is described as: 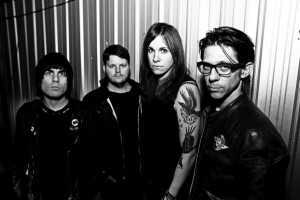 Docuseries about punk-rock singer Tom Gabel, who came out in 2012 as a transgender woman, and her transformation into Laura Jane Grace as well as the lives of other members of the transgender community.