Victims of female genital mutilation in Burkina Faso are struggling to get surgery to remove pain and increase pleasure during sex. A hospital for this purpose was built by donors from the Raelian movement in America but never opened. Why?

A tall, striking woman addresses a group of women sitting under a mango tree in a village in Western Burkina Faso. It is 35 degrees in the shade and the air is dusty and stifling. The women listen in awe to 38-year-old Adjara who has just got back from the local town. “I am telling you the truth,” she says. “I have seen it with my own eyes!” She is referring to the first hospital in the world to be built for the sole purpose of restoring the clitoris and about to open, she says, in the town of Bobo, 50 miles away. “We can be like other women!” she says.

The village of Moussodougou is about as deprived as you get in one of the poorest countries in Africa, Burkina Faso. It has no electricity, no running water and only a fifth of the children have access to a school. While the men appear to sit around in the heat all day, the women fetch and carry water in tin basins and grind the local staple, millet and sorghum, for the daily meal.

And yet, Adjara says, “We might be poor but, sexually, things are changing.” As she shows me around, she tells me that every woman used to be genitally mutilated. “I was five when I was taken to be cut. The old woman used the same knife for us all. It was so painful. I cried and cried.”

Adjara takes me to her home, a dark hut some 8m wide, where the shelves are weighed down with heavy, clay pots. “It was part of the wedding package,” she explains. “When you get married, you get given these pots to take away with you by your mother. But if you weren’t cut, you didn’t get the pots and you couldn’t get married.”

Then, about 10 years ago, health workers came to the village and explained that the problems which used to be blamed on witchcraft – the death of girls after the mutilation and problems in childbirth which resulted in more deaths – “all were because of the cutting, they told us, and so we stopped”.

And now they are being told that their clitorises can be restored and that the pain they endure whenever they have sex will end and they could even experience pleasure. “I am happy,” said the husband of 24-year-old Bebe, who has come to wave her off for the trip to Bobo for the operation. “I did not like it that she cried out every time I came to her.” 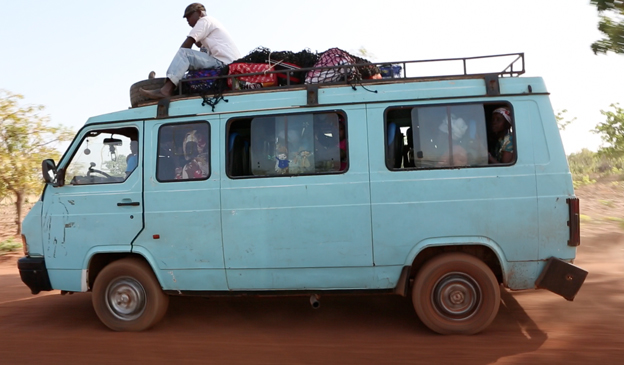 Twenty-six women clamber on to the 18-seat bus. They pile on top of each other, some carrying babies and small children. There is scarcely room to breathe but they chatter and even sing on the four-hour journey down red mud, dusty roads to the local town, avoiding herds of cattle and stray goats on the way.

It is dusk when the bus turns in to the hospital grounds. The Pleasure Hospital, as the sponsors call it, is an impressive sight – large, very new but very closed. Fortunately, Adjara’s husband works as a security guard here and so she finds them a room in the grounds and they all bed down on the concrete floor and wait.

The next morning, the local member of the hospital organising committee, Banemanie Traore, arrives with the devastating news that, although the government allowed the hospital to be built, they have said it can’t open. Banemanie is a beautiful, 59-year-old woman, her hair done in ringlets who tells me she was “restored, six years ago and I am now very happy”. She wears a distinctive gold symbol around her neck, a swastika surrounded by a Star of David. She is a Raelian and therein may lie the problem.

The Raelians believe that planet Earth was created and is still governed by extra-terrestrials who will one day return to judge humanity. They believe in UFOs and that our purpose on Earth is the pursuit of pleasure.

About 10 years ago, wealthy Raelians living in California and Canada launched a charity they called Clitoraid. They invited donors to “sponsor a clitoris”, raised $400,000 and started building the Pleasure Hospital eight years ago. It is due to open in four days’ time and women are arriving in Bobo from all over Africa for the operation. 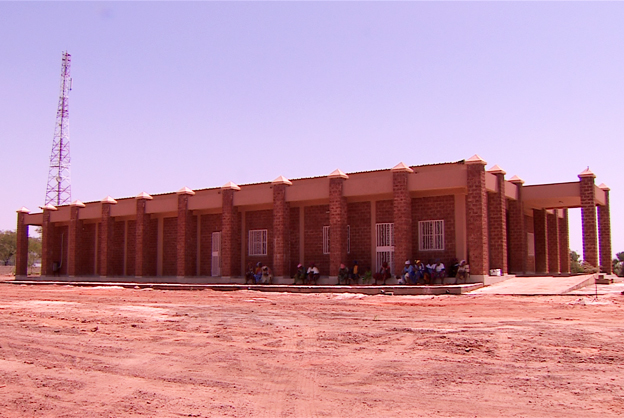 Banemanie Traore is convinced that the Ministry has stepped in to stop the project for religious reasons. She says powerful Catholics in the country have put pressure on the government. “They don’t want women to have pleasure,” she says.

But, she adds, it doesn’t make sense. “There are 130 million women in Africa who have been mutilated and who are denied pleasure. If someone has the idea to build them a hospital, you have to let them do it.”

Meanwhile, a medical team from America has also arrived, led by Dr Marci Bowers, who was born Mark, and is recognised internationally as an expert in transgender surgery. I meet her on her first day in Africa, looking slightly bemused at the dusty, mud buildings and the bedraggled street sellers who follow her everywhere, “It makes you appreciate what we have back home in Chicago,” she says. She buys a silver bracelet from one vendor and a length of fabric from another.

“I came because I believe that Female Genital Mutilation is a crime against humanity and I am on a humanitarian mission. I am not a Raelian but I think it is a wonderful thing that they are doing.” The five American medics are all giving their time voluntarily and they now have nowhere to operate.

A local doctor steps in to help. Doctor Da offers his clinic in Bobo, the Clinique Lorentia, for the operations. The village women queuing at the hospital are brought in twos and threes for the surgery. Bebe is among the first to be wheeled in to the operating theatre “I am not scared,” she says. “I am just angry that this was done to me and I am angry about the pain and that, because of it, I have never enjoyed sex.”

Bowers invites me to watch the surgery which, she explains, is a surprisingly simple one that can be done under local anaesthetic and takes about 45 minutes. The clitoris is a gland and, although the visible part is cut off during mutilation, the majority remains below the surface and can be pulled up and thus restored.

Meanwhile, word is getting out that the operations are being performed. In the reception area below, women are arriving from the capital, Ouagadougou and from Mali, Senegal and even Kenya. 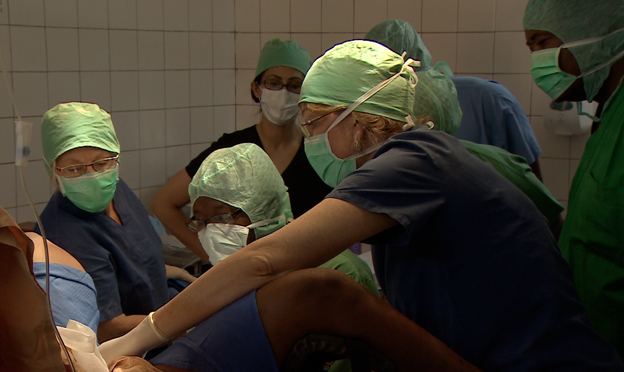 Dr Bowers and her fellow surgeon, Dr Harold Henning from New York State, work in shifts to perform eight operations a day. Local doctors look on. The idea is that when the Americans leave after two weeks, local doctors will be ready to continue the work.

Dr Bowers is operating on her 29th patient when the news comes. The government has withdrawn the licences for the American surgeons to work in Burkina Faso and they must leave. “I guess they thought by closing the hospital they would stop us,” says Bowers. “It didn’t and now they have done this.” The women waiting in reception are told their operations are cancelled.

I go to the regional Health Ministry in Bobo and ask why. The minister is out of the country but an official there tells me that it is for bureaucratic reasons. The hospital administrators failed to fill out the necessary forms to allow inspections to take place before opening. It sounds like a reasonable explanation until the Health Minister, Lene Sebego, tells a journalist from the Thomson Reuters Foundation that “medical organisations should be focused on saving lives and not advertising their religion in an attempt to convert vulnerable people”.

Prominent Raelians who had flown in for the opening of the hospital blame the Catholic Church in Burkina Faso, claiming that prominent Catholic doctors, enraged that foreign doctors were carrying out the procedure, had put pressure on the government to stop it. The say that the Church also fear that the Raelians might get recruits from among grateful patients

Dr Brigitte Boisellier, president of Clitoraid, says: “This wonderful mission has now been stymied by the Catholic Church and its cronies, who are conducting a smear campaign against it for their own selfish motives.” The Catholic Church in Burkina Faso has dismissed this allegation as “poisonous rumour“.

Whatever the truth, the women of Burkina Faso and throughout Africa are the losers. The expensive new hospital stands idle. Of the women from the village of Moussodogou, 15 of the 26 who took the bus journey were operated on and can look forward to a life without pain and the chance of sexual pleasure. Adjara, who did so much to get them to the hospital, was among those who did not get to the operating theatre in time. They go back to their village with little hope of return or of being restored.