A journalist contacted me recently for a feature she was writing about “the row” between trans-exclusionary radical feminists (TERFs) and trans people. She told me it would be a “balanced” piece that listened to “all the sides of the debate”. I offered her a quote: “In Britain, 48 per cent of young trans people have attempted suicide. What drives them to feel so hopeless, desperate and alone? Could it be the widespread social exclusion, family rejection, workplace discrimination, media ridicule, poor healthcare and street violence trans people face? If you want to talk about trans issues, start here.”

She asked me how I’d like to be “treated, perceived and/or accepted by radical feminists”. I don’t. Like most people I just want to get on with my life without constantly being beaten over the head and asked to justify my existence. If you think I’m a man, fine. I don’t need you to accept me. But I won’t sit back and let you take away my rights.

In the end, despite the journalist’s good intentions, I pulled out of the feature. Because I refuse to lend prejudice respectability by framing it as a row. Up until recently, if trans people were offered a chance to speak at all, it was always on other people’s terms. Journalists. Filmmakers. Others in positions of power. Those people, who were not trans themselves, got to decide what the ‘real’ issue with trans people was. Well I say there is no ‘row’ between TERFS and trans people. Just as there is no ‘row’ between Westboro Baptist Church and gay people, no ‘fallout’ between the BNP and ethnic minorities, and no ‘debate’ between rape advocates and women. 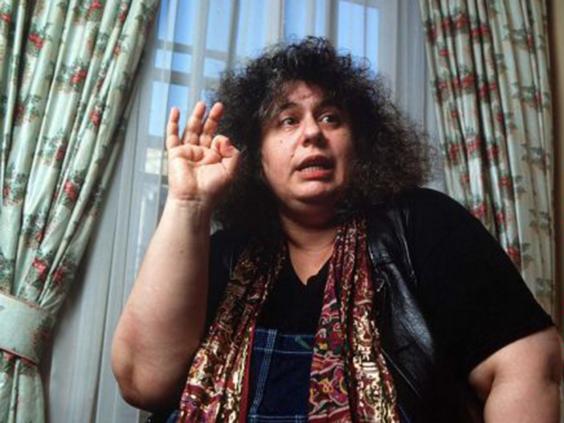 As for the endless “debates” about whether trans women are “real” women, you may as well ask if being gay is “normal”. I don’t have to spend the rest of my life discussing other people’s stupid prejudices any more than gay people do. You can discuss whether it’s normal to be gay till the cows come home because all you need is one bellend who says it’s evil and, bingo – you’ve got yourself a debate! The real questions are: Will we, as a society, allow gay people to marry? Adopt? And are we prepared to give trans people legal equality?

As trans people are becoming visible in the same way that gay people felt able to in previous decades, some of you are starting to panic. But we’ve always been around. The only times our lives may have upset yours was when prejudice forced us to hide our true identities. When we felt pressured into sham marriages. When our mental health suffered and we became a burden on society because we didn’t have access to the healthcare we so desperately needed.

TERF fears are imaginary. There is only a single reported case of a man disguising himself as a woman to commit assault in a women’s shelter. In the whole world. There’s no evidence that the attacker, Christopher Holbrook, was trans, but that hasn’t stopped TERFs from using him an excuse to oppose trans rights. Meanwhile, hundreds of thousands of trans women like me are already using women’s facilities every single day without any problems. If anyone has any hard evidence that trans rights harm women I suggest they send it to the Women and Equalities Committee. Or the police.

And then there’s the rubbish TERFs spout about parents forcing kids to be trans. Most adult trans people have had to fight to be accepted for who we are by our families. My dad bullied me for years in a bid to “toughen me up”. You can’t force kids into being trans any more than you can stop them from being trans if they are. Leelah Alcorn’s parents tried to suppress her true identity until, last year, like all too many trans and gay teens with unsupportive families, she took her own life. She was 17. Thank God more and more parents are supporting their kids to be themselves.

Germaine Greer wins an “iconoclast” award from The Oldie for daring to tell trans women we’re not real women. What a maverick! Who is the sacred cow here? Trans people? Get real. Those such as Brendan O’Neill, Melanie Phillips and Greer accuse trans people of denying them their free speech then tell us this free speech is vital to challenge orthodoxies like, erm, “transgenderism”.

Anyone who seriously believes the push for trans rights is a prevailing orthodoxy should cast their mind back a few years to see how many trans voices were speaking for themselves: virtually none. When the Gender Recognition Act passed in 2004 there was zero coverage in the mainstream media and no published comment anywhere from trans writers. Thanks to a few trans celebrities including Caitlyn Jenner and Laverne Cox, for the first time many people are suddenly aware of trans folk’s existence as something other than a joke. Some orthodoxy.