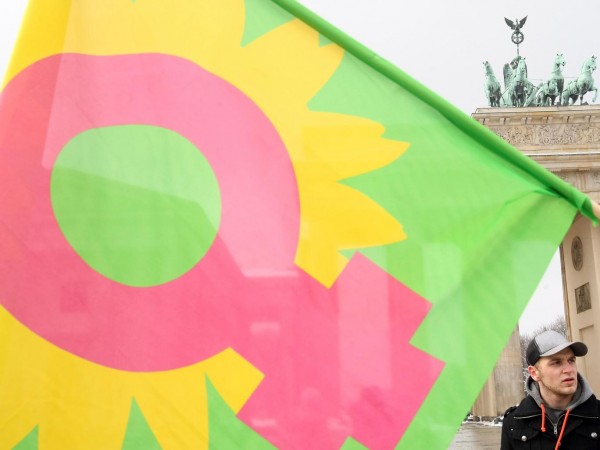 Like Maria Miller, who was interviewed in last week’s Independent on Sunday, I am shocked that arguments against giving equal rights to transgender people are coming from women purporting to be feminists. I am a feminist, too, and I can say what a politician can’t: it’s time to accept that bitching about transgender rights is the act of a bigot.

Trans rights are now where women’s rights or gay rights were a generation ago, in terms of what people feel able to say and still feel self-righteous. So, we need to think ourselves back in time. If you’re the kind of person who says “Trans women are not real women”, a generation ago that would have been you denying the womanhood of lesbians or women who don’t have children. If you think that trans women should not be allowed into public toilets, you would have been that moron shouting, “Backs to the wall, lads” any time a gay man walked by.

And if you insist trans women must use men’s public toilets and changing rooms, then you have to accept that trans men (such as the bearded Minnesotan Michael Hughes, who shared pictures of himself in women’s toilets using the hashtag #WeJustNeedTo Pee) have to use women’s facilities. That means that people who look like blokes, and therefore blokes, can enter women’s changing rooms. Does that make it less likely or more likely that rapists are going to be in women’s spaces? Is this why people who hate trans women refuse to acknowledge the existence of trans men?

Single-sex spaces also include prisons, where generation-ago-you would have been worried about the dangers the odd openly gay man would pose to all those poor straight guys. Arguing that trans women belong in men’s prisons leads to cases such as those of Vicky Thompson, 21, who was found dead in a men’s prison last year, and Ashley Diamond, who was diagnosed with post-traumatic stress disorder after she claims she was repeatedly sexually assaulted for three years in a men’s prison in the United States.

The above cases are real, whereas in the hypothetical case of a man who suddenly announces he is a transgender woman the minute he is convicted of rape, a judge should, of course, consider that when sentencing. At which point, the anti-trans lobby usually say, “Ah, but how do they know they’re really female/male?” Well, how do you know you’re really the gender you are? Because of your genitals? I have had people try to tell me that, as a woman, I am essentially just a body part (or pair of body parts), but never until now has that person been a feminist!

I’ve also heard that trans women are not real women because they’ve had different childhoods from “us”. That’s right, and the middle-class British feminists who often say that have had very different experiences from, say, a supermodel, a woman with disabilities, or a Somali girl who had her clitoris sliced off at the age of eight, but I don’t hear anyone arguing that they are lesser kinds of women. And the idea that trans children are raised with “male privilege”? Are you kidding?

Other opponents of equal rights for transgender people are busy searching out examples from chauvinist US media. Here’s a bloke who dressed up as a woman to rape women. Yes: a man raped women; a trans woman didn’t rape any women. When men dress up as taxi drivers, teachers, doctors, priests, friends or lovers to commit rape, do we curtail the rights of taxi drivers, doctors, lovers and priests? For every story like the one above, there is a ton of evidence that trans people are being attacked around the world in their thousands, some are even murdered. More than 600 hate crimes against transgender people were recorded by police in England and Wales in 2014-15, says the government Crime Survey. Up from 313 in 2011-12.

The most ridiculous argument of all is that “they” have stolen our language and are forcing us to call ourselves “cis women” instead of just women. Seriously? You’ve never had a conversation where it’s helpful to distinguish one category of person from another? You’d get this pissy with a black woman if she mentioned in a certain context that you are a white woman?

Finally, “I’m entitled to my opinion”. You can hold the opinion that all trans people are mauve for all I care, but if you support legislation to deny healthcare, legal support or other basic human rights to mauve people then we have a problem. Please, feminists, listen to yourselves … then listen to Jeremy Clarkson and realise that you sound the same. Transphobia is not feminist; it is about as patriarchal as it comes. And if you really want to talk about men’s violence against women, who do you think is beating up all those trans women – other women? Meanwhile, while you’re busy Googling for evidence that trans people are rapists in disguise, men are still raping women. And, by the way, you are a bigot. Equality means for everybody, not just for women exactly like you.