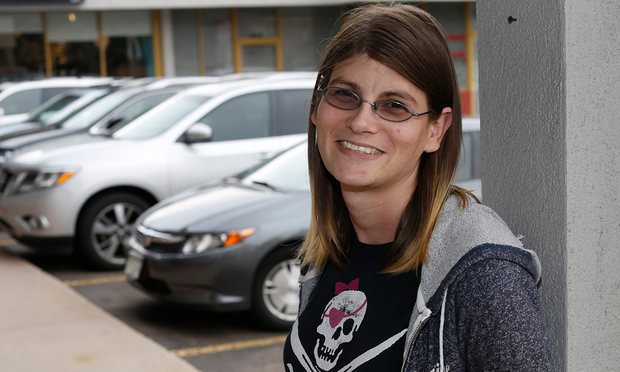 Misty Plowright believes she will live long enough to see people like herself run for public office and only be asked about real election issues: immigration and gun control, taxing the rich and nuclear energy, universal healthcare, abortion.

Someday the other questions won’t come up, because voters just won’t care anymore.

“When did you realize you were born in the wrong body? How long did it take you to become a woman? What’s it like to be the first transgender candidate for congress/senate/governor/president? Do you really think voters are ready for someone like you?”

Plowright has reason to be hopeful. Even as the battle over access to public bathrooms rages on across the country, transgender rights took a few big steps forward in recent days.

And on Thursday, the secretary of defense, Ash Carter, announced that transgender men and women will be able to serve openly in the US militarywithin a year. Members of the armed forces, he said, also will be able to transition gender while serving in the military.

Plowright, an army veteran who transitioned after leaving active duty, said in an interview with the Guardian that “it’s about damn time” the military – and politics, for that matter – became more inclusive. “Anyone who wants to serve”, she said, “who is capable of doing the job, should be able to.”

To some, this marks a seminal moment in the push for civil rights in America, an upswing for the estimated 1.4 million adults who identify themselves as transgender, according to a study released Thursday that pegs the transgender population in the US as double what was previously thought.

“The attitudes toward sexual identity have changed much faster and more radically than anyone could have anticipated a dozen years ago”, said John J Pitney Jr, a political scientist at Claremont McKenna College. “As late as 2004, Republicans were using same-sex marriage to rally their ranks.

“This is one of the fastest and deepest changes in public opinion in the history of polling,” Pitney said. “It’s much faster than change in race relations.” 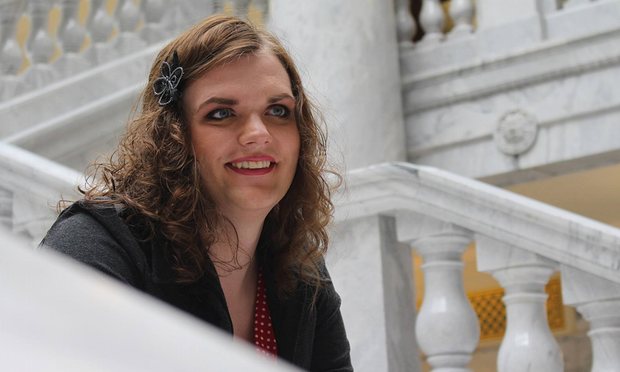 A steep path to victory

Democratic voters in Utah and Colorado turned their backs on more traditional candidates to choose Plowright and Snow as their standard bearers going into November. However these two progressive, working-class women are running in deeply Republican areas, places that many Democrats have given up on.

Their paths to victory are steep at best. Win or lose, however, they have a shot at changing perceptions nationwide at a time when Americans seem increasingly receptive.

“This is smart politics,” said Ted Trimpa, a Denver-based political strategist. “Realizing you have an uphill battle, you use the platform of a race for US Congress in order for people to see that transgender people are like everyone else, with the same struggles. To see them in the flesh, in real life.

“I think it’s brilliant,” he continued. “I’m jealous I didn’t think of it”.

Transgender individuals have won elected office in the past, but their victories have occurred at lower political levels and in regions of the country that are more liberal than Utah or Colorado’s 5th congressional district.

Stu Rasmussen was elected mayor of Silverton, Oregon, in 1988 and 1990 – when he still dressed as a man – and again in 2008, 2010 and 2012, under his new, transgender identity, according to the Los Angeles Times. Rasmussen still identifies mainly as a man, but he has had breast implants, dresses as a woman and sometimes goes by the name Carla Fong. He was the first openly transgender mayor elected in the US.

Victoria Kowalski transitioned in 1989 during her final year in law school and underwent sex reassignment surgery two years later. She won a seat on the Alameda County superior court in northern California in 2010, becoming what is believed to be the nation’s first openly transgender judge.

Plowright, who beat her primary opponent this week by around 16 percentage points, isn’t running for Congress to make history. The Bernie Sanders supporter believes the political system is corrupt and has turned its back on the people who need it most. Plowright wants to change that.

She is an unusual Democrat – an unusual politician – in ways beyond her gender identity.

A crack shot with a rifle, she does not like guns but would not take them away from others. She’d also like to own a Hello Kitty AR-15. A self-proclaimed “computer geek”, she thinks the next big civil rights movement will concern artificial intelligence and the ethical issues that will arise “if we create a sentient intelligence”.

But most of all, she was raised by a single mother who had to work three jobs and still barely got by. She remembers the month her mother earned $50 more than usual, and they lost the government benefits that helped them survive – subsidized housing, food stamps, free school lunch.

“Frankly, I don’t think there’s a whole lot of people up on Capitol Hill who know what it’s like to bust their ass and still not make ends meet,” she said. “I’ve stared at cat food and wondered if I was really that hungry. No one in Congress knows what that feels like.”

Over a BLT with extra bacon at a Jimmy John’s sandwich shop in downtown Denver, Plowright acknowledged that her chances of beating her incumbent Republican opponent “are not good. But it’s certainly not impossible”. The anti-establishment sentiment that propelled Sanders and Donald Trump, she said, is in her favor.

But she lives in deep red Colorado Springs, which is surrounded by military bases and home to the conservative Christian group Focus on the Family. And she knows that representative Doug Lamborn will “throw the kitchen sink at me” when they face off in November.

“He’s going to attack me on the trans piece,” she said. “He’s probably not going to gender me appropriately. And he’ll hammer me on the poly bit.”

The “poly bit” Plowright was referring to is her unusual living situation, which she mentions in passing on her campaign website. She and her wife Lisa, who have been together for nine years, share their home and their life with Sebastian.

She describes him as “a gentleman we’ve known for several years. Two years ago we were in Vegas for the World Series of Poker. We got him a ring. We consider it to be our marriage to him”.

The biggest hurdle to success in November, she said, isn’t the fact that she is transgender; “a lot of the people I talk to don’t care”. And it’s not her polyamorous relationship, although she acknowledges that it “has raised a few eyebrows”.

“I think the biggest challenge to overcome”, she said, “will be the D next to my name”. The one that stands for Democrat.