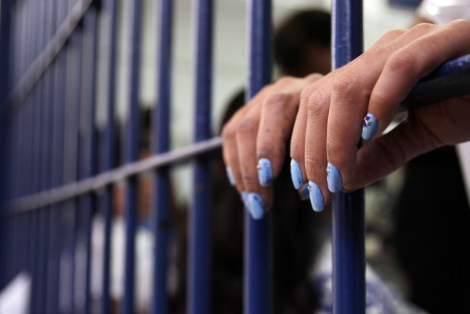 In 2012, Brittany Carpenter thought she was doing a friend on a fixed income a favor. She sold 20 Vicodin to someone who turned out to be an informant. Brittany is a transgender woman who began her journey in 2004, about a month after she turned 18. She ended up serving five months in a men’s correctional facility: a halfway house because she is transgender, and is currently on three years’ probation during which she needs to submit to a urinalysis to test for illegal drug use. She was provided a private restroom and shower during her confinement and even though she was housed with men, she said that she had no negative experiences. “The director of the facility was gay, so he told everyone if they gave me one issue they would be sent out to prison,” she told me. “The male staff wasn’t allowed to touch me or search me in anyway.” She said that “was allowed to have females only to search me and do my drug tests.”

As a condition of her probation she still needs to submit to drug testing every three months until October 31st of 2015. “In the three years I’ve been on probation, I’ve always been allowed to use the woman’s restroom without someone watching me,” she stated. This suddenly changed on June 16th, 2015. “This time I was forced to go to the men’s restroom and take a drug test while both male probation officer’s watched me. When I requested for a female and to use the female restroom I was told, that I was a man, that I may be a woman in my head but I was still a man, and was told [I couldn’t] have a female [officer present]. When I mentioned that I have used the women’s restroom for the past three years he said that he didn’t care. I had to leave the stall door open and mind you, it’s a public male restroom.”

This kind of incident is not uncommon, and herein lies the problem. The internet is full of reports in which trans women who are housed in men’s correctional facilities experience transmisogyny, violence, and even rape. Cee Cee McDonald was sentenced to a men’s prison for simply defending herself against a male attacker. In February 2013, Leslie Ann Manning –another trans woman incarcerated in a men’s facility– reported being raped by a fellow inmate who threatened to kill her if she reported it. In a lawsuit filed against the State of New York, Manning said that prison officials showed a “deliberate indifference” in failing to protect her from her attacker. There are dozens more instances where law enforcement personnel completely ignore the rights of trans women, and this needs to change. Additionally, since a disproportionate number of trans women are part of the sex work industries, it stands to reason that trans women run a greater risk of incarceration in men’s correctional facilities.

But Brittany Carpenter wasn’t engaged in sex work at all. She was trying to sell a friend’s excess medication to help that friend out. When asked if she had any prior arrests, she said: “Nope. I was a good girl. [It was] just this one thing. My life revolves around my children so I don’t look for trouble.” When asked about the incident on June 16th , Carpenter stated the attending officer “said that I was a man, that I may be a woman in my head but I was still a man, therefore I couldn’t have a female officer [watch me take the test]… I’m terrified just thinking about going back there. Because of this I am now on anti-depression medication as well as having to seek counseling again. I cannot control my crying. I can’t sleep. I feel as I was raped, raped of all my dignity and pride.”

While LGBT advocates are celebrating the inevitable victory of same-sex marriage, there is a disturbing amount of silence about trans women who find themselves in similar situations or unjustly incarcerated in a men’s prison. People need to understand –now more than ever– that trans women are women and deserve the same treatment from the law (and society) that cisgender women do. With so many of us entrenched in the underground economy due to prejudice and circumstance, we deserve to know that if we do go to jail at least we’d be treated like the women we are.