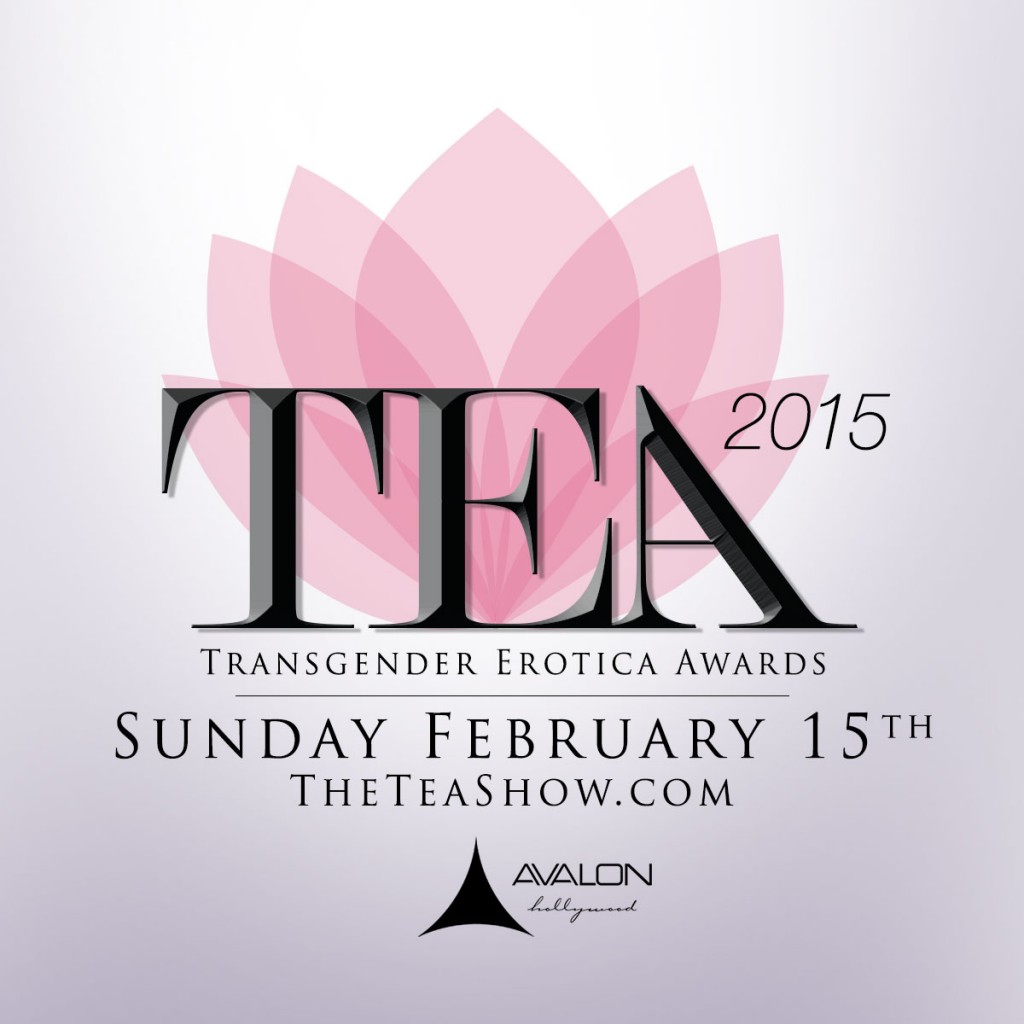 The Official After Party will be held at the Bardot in Hollywood on Feb. 16, 2015.

The Transgender Erotica Awards (The TEAs), originally created in 2007 and known as The Tranny Awards before changing its name earlier this year, started as an online competition voted by a panel of industry judges. There were only a handful of categories and Grooby Productions sponsored all of the cash prizes. As interest grew, it was expanded into an actual event and has been hosted at a number of different venues in the Los Angeles area. To accommodate the growth of the show, this year the TEAs is moving to Avalon Hollywood.

“We’ve had such growth with the event over the last few years that it was time to move to a larger and more prestigious venue to ensure there is plenty of room for all our sponsors, nominees, and guests,” said Grooby Productions owner Steven Grooby. “Unlike previous years, there will be seating available for all attendees and we will be able to retain the ability for all the models and guests to mingle and meet in the large bar areas.

“We also learned a lot from last year’s After Party and have renamed it ‘The TEA Party.’ This year it will be higher-end socializing mix where industry and fans can network, mingle, and party. We’re all very excited about this move and have sponsors already committed to help us put on the best show yet.”

From The Beatles’ first West Coast performance in 1964 to ABC’s hit television variety show “The Hollywood Palace,” the Avalon nightclub is one of Hollywood’s most historic landmarks and a staple in LA nightlife culture. It is located at 1735 Vine Street in Hollywood.

For more information, visit theteashow.com or follow the event on Twitter at @TGEroticaAwards. Sponsorship and media inquiries can be directed to kristel@grooby.com.