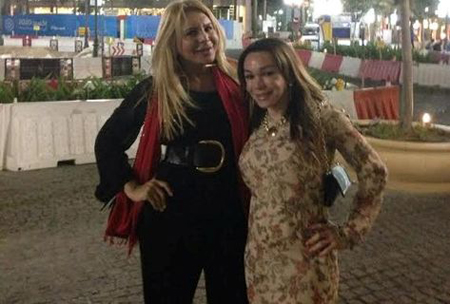 DUBAI, United Arab Emirates — Two transgender women from Brazil were detained and their passports confiscated while on vacation in Dubai, and have been charged with the crime of ‘imitating’ women.

Karen Mke, 38, and Kamilla Satto, 33, hairdressers from Amazonas, Brazil, were detained in December while attending a local nightclub and are now awaiting trial with the possibility of further imprisonment, fines and/or deportation back ot Brazil.

According to Mke and Satto, they were accosted by security at a hotel nightclub, and then asked to display their passports.

When the security staff saw that their registered names were masculine, they said they were subjected to further abuse.

“We were well dressed, according to their culture and yet were accosted. We found the incident untenable and prejudiced,” they said.

Mke and Satto said a friend accompanying them decided to call the police “and it was the worst thing we did.”

“When they arrived and realized we were trans, they placed us in a [police] car without saying anything, and we remained detained for two days,” reported Mke and Satto.

Dubai punishes the “imitation of women by men” under a law prohibiting “indecent acts” with fines, deportation and possible imprisonment of six months to a year.

The pair cannot leave Dubai as their passports have been confiscated by the authorities.

“We just want to go back to Brazil and make clear that we merely came here to get to know the local culture, and not to attack Islamic laws and moral precepts,” explained Mke.

Brazil’s embassy confirmed the case and said the pair will have to await a court session to be held on March 23.

One thought on “Brazilian TG Women Detained in Dubai for “imitating women”.”