Mills College in Oakland, California, recently became the first women’s college in the U.S. to declare it would accept undergraduate applications from “self-identified women” and people “assigned female at birth who do not fit into the gender binary,” effective the semester that starts January 2015.

The discussions are, in part, an acknowledgment that thoughts on gender are evolving. Student activists have been steadily pushing for colleges to make changes, and some schools have altered applications to allow applicants to select “transgender” as a third option for gender or given them the option to discuss their gender identity in a short essay.

“What it means to be a woman isn’t static,” says Mount Holyoke President Lynn Pasquerella, who announced the admissions policy change at the college’s convocation ceremony. “Early feminists argued that reducing women to their biological functions was a foundation of women’s oppression. We don’t want to fall back on that.”

Other institutions, however, want to place limits on those students once they arrive on campus, including what sports they can play, which bathrooms they can use and where they can live.

Simpson University, Spring Arbor University and George Fox University are among the Christian colleges that have recently sought and received a religious exemption from Title IX, the federal law banning gender-based discrimination in education.

Pasquerella says her college’s decision represents a counterpoint of sorts to those actions.

“It’s part of a national conversation,” she said. “When you have Time magazine with (transgender actress) Laverne Cox on the cover and The New York Times running articles on transgender issues almost every week, it’s part of mainstream discourse.”

But even within Mount Holyoke’s extended community, the policy shifts have not been fully embraced. Some alumnae voiced their displeasure on the college’s Facebook page following the announcement.

“Mount Holyoke is a women’s college, and it should admit women. Period. Full stop,” wrote Pamela Adkins, a Tampa, Florida, resident who graduated from Mount Holyoke in 1979.

In a follow up email, she said: “There are plenty of other places for people who are not women to go, and they should go there. Don’t negate the reasons Mount Holyoke was founded and for what it has been known since 1837: providing a superlative college education — for women.”

Pasquerella acknowledged the detractors, but she said current students have been overwhelmingly supportive.

Jennie Ochterski, a female senior and an organizer for Open Gates, a student group that had helped push for the admissions policy change, says she doesn’t believe excluding trans women from admission fits with Mount Holyoke’s mission.

Marilyn Hammond, president of the Women’s College Coalition, said she expects many of the 47 women’s colleges in the U.S. and Canada will eventually develop formal admission policies on transgender students. 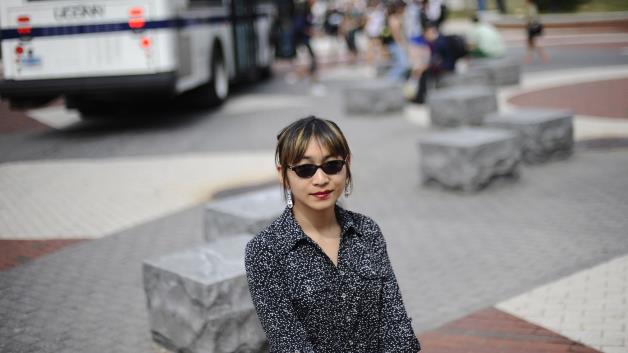 She dismissed the notion that such policies dilute the mission of women’s colleges, many of which were founded at a time when higher learning institutions were largely closed to women.

“This is consistent with women’s colleges’ missions and historic willingness to address issues of diversity, inclusion and social justice,” Hammond said.

Transgender student activists are elated by the developments, which they say are long overdue. At the same time, they acknowledge there are bigger hurdles for their community overcome.

“We must be wary of policies being thought of as actual change,” says Eli Erlick, a transgender female at Pitzer College in Claremont, Calif., who says she might have considered applying to a women’s college had the admissions changes happened earlier. “No policy will change transphobic attitudes.”

Calliope Wong, a transgender female who garnered national headlines last year when she disclosed that Smith College had refused to review her application, says the debate over women’s college admissions, if nothing else, can help highlight the myriad challenges transgender people face.

“Hopefully this leads to changes in attitudes in general,” said the University of Connecticut sophomore. “So that more people realize we do face employment discrimination and that we do have issues with legal representation and health care coverage.”