The decision makes it less likely that the 51-year-old will be able to have the surgery funded by the prison before she is released. 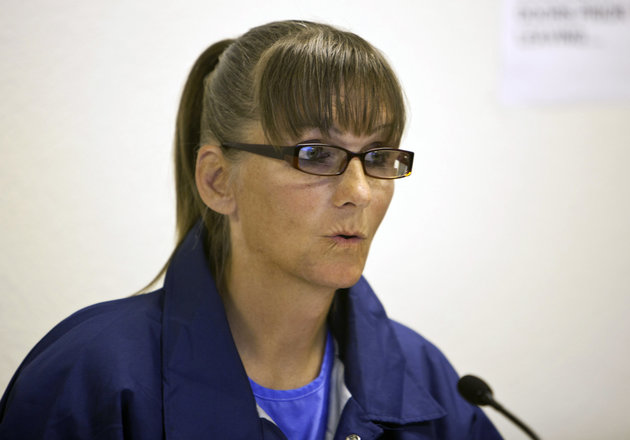 FILE – This May 21, 2015 file photo Inmate Michelle-Lael Norsworthy speaks during her parole hearing at Mule Creek State Prison in Ione, Calif. Gov. Jerry Brown is weighing whether to grant parole for Norsworthy, a transgender inmate who is trying to force California to become the first state to pay for a prisoner’s sex reassignment surgery. (AP Photo/Steve Yeater,File)

SACRAMENTO, Calif. (AP) — Gov. Jerry Brown is allowing parole for a transgender inmate who is trying to force California to become the first state to pay for sex reassignment surgery.

A federal judge in April ordered the state to provide the surgery, which had been scheduled for July. It was delayed after the state appealed.

The governor’s office said Friday that Brown was taking no action on the Board of Parole Hearings’ recommendation to release Michelle-Lael Norsworthy, which means her parole will proceed.

The decision makes it less likely that the 51-year-old will be able to have surgery funded by the prison before she is released. Parole board spokesman Luis Patino said it usually takes about a week for an inmate to be released after the governor allows a parole to proceed. 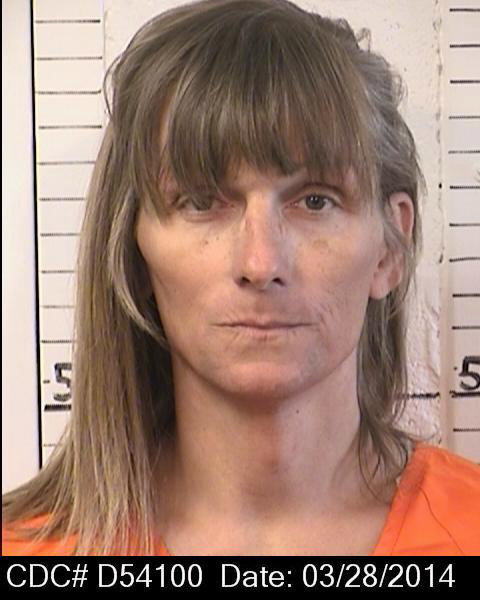 FILE – This March 28, 2014, file photo, provided by the California Department of Corrections and Rehabilitation shows Michelle-Lael Norsworthy. On April 2, 2015 a federal judge ordered Californias corrections department to provide the transsexual inmate with sex change surgery, the first time such an operation has been ordered in the state. Now Norsworthy faces the awful irony: If she wins freedom from a parole board Thursday, May 21, 2015, after 28 years in prison, she would no longer be eligible for the prison-funded operation she says is crucial to her emotional health. (California Department of Corrections and Rehabilitation via AP Photo)

Brown decided Norsworthy is no longer dangerous, 30 years after she fatally shot Franklin Gordon Liefer Jr., 26, following an argument in a Fullerton bar in November 1985.

Norsworthy, then 21, was convicted of second-degree murder after she shot Liefer three times. He died six weeks later.

She is being held at Mule Creek State Prison, a men’s prison in Ione, near Sacramento. Prison records refer to her by her birth name of Jeffrey Bryan Norsworthy, though she has lived as a woman since the 1990s.

She was diagnosed with gender identity disorder in 1999 and began taking female hormones. She began asking the corrections department for the surgery in 2012 after learning a judge for the first time had ordered Massachusetts to provide an inmate with the procedure. However, that decision was overturned on appeal in December, and the U.S. Supreme Court declined to intervene.

The 9th Circuit agreed to hear California’s appeal of U.S. District Judge Jon Tigar’s ruling and a hearing is scheduled for Thursday. The appellate court noted that the case raises serious legal questions about whether denying the surgery violates Norsworthy’s constitutional rights against cruel and unusual punishment.

The California Department of Corrections and Rehabilitation says it has met all of its legal requirements by providing Norsworthy with counseling and hormone therapy.

The state filed paperwork in federal court Friday saying it has agreed to provide sex reassignment surgery for another inmate, Shiloh Quine, 56, to settle a separate lawsuit.

“CDCR evaluates every case individually, and in the Quine case, every medical doctor and mental health clinician who has reviewed this case, including two independent mental health experts, determined that this surgery is medically necessary for Quine,” corrections department spokesman Jeffrey Callison said in an emailed statement.

Norsworthy testified at her parole hearing in May that she accepts responsibility for her crime. She said at the time, she was “pretty much drinking every day all day” but is now sober and attends Alcoholics Anonymous meetings in prison.

She said she also takes steps to control her anger and make better judgments.