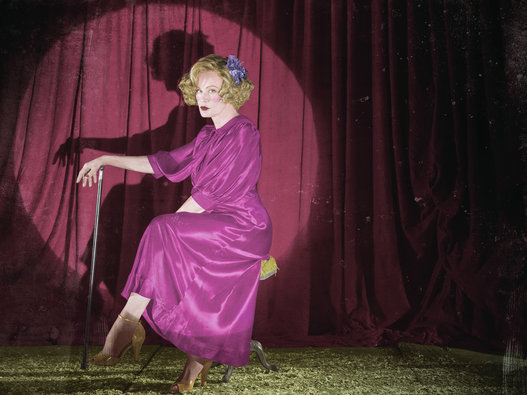 We couldn’t be more thrilled for “American Horror Story: Freak Show” to kick off for numerous reasons, and learning that the hit FX franchise will welcome a transgender performer just makes our excitement for the show more palpable.

Erika Ervin will star alongside series regulars Jessica Lange, Evan Peters and Emma Roberts as “Amazon Eve,” a role she says was originally written for a man.

“I auditioned for the part as a guy, slicked back my hair, no make-up…flannel shirt, bound my breasts, dropped my voice and walked in, and nailed it,” Ervin recalled of the casting process in this FX clip.

The actress, whose credits include the Netflix series “Hemlock Grove,” also reveals the struggles she experienced with her family after coming out as transgender in 2004.

“My first inkling of knowing I was different was when I was about 4 or 5,” she said. “It was an issue of gender … it’s not until later on that I discovered there was a way to fix it.”

She hopes her “American Horror Story” role will allow her estranged father to see her “make it on TV and film,” and believes the transgender community at large could stand to learn from the show’s overall message.