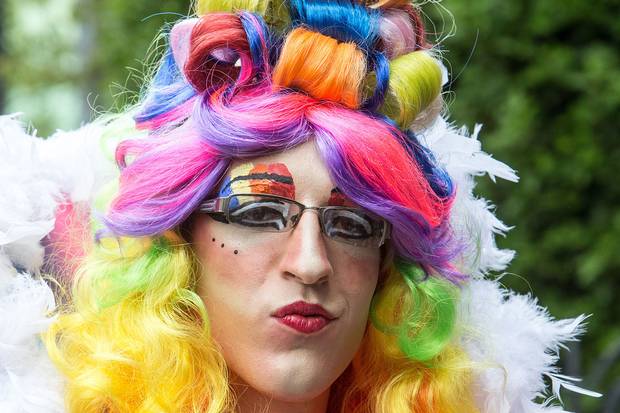 Drag queens have been banned from performing

at a Pride event in case they offend transgender people.

Organisers of Free Pride Glasgow, which bills itself as an ‘anti-commercialist’ alternative to the Scottish city’s main Pride event, have announced the controversial ban.

for most of their history, they will not be allowed to appear at the event next month in case they cause offence.

A statement from the organisers said: “After much discussion, the trans and non binary caucus decided not to have drag acts perform at the event.

“This does not mean that people of any gender can’t wear what they want to the event, we simply won’t be having any self-described drag acts perform at our Free Pride Event on August 22. ”

It added: “We hope people can understand and support

our decision. However we feel it important to fully explain why we came this decision.

at the event. It was felt that it would make some of those who were transgender or questioning their gender uncomfortable.”

The organisers of the main Pride Glasgow event said they understood the rationale behind the decision, but the banning of drag acts was “against what an inclusive event should be about.”

The organisers told Pink News: “Pride Glasgow believes that any community group should be given their place to flourish but that success should not be built on the negativity and ignorance towards other events, groups and like minded people and we are saddened to see that this is the direction that Free Pride has chosen to take.”