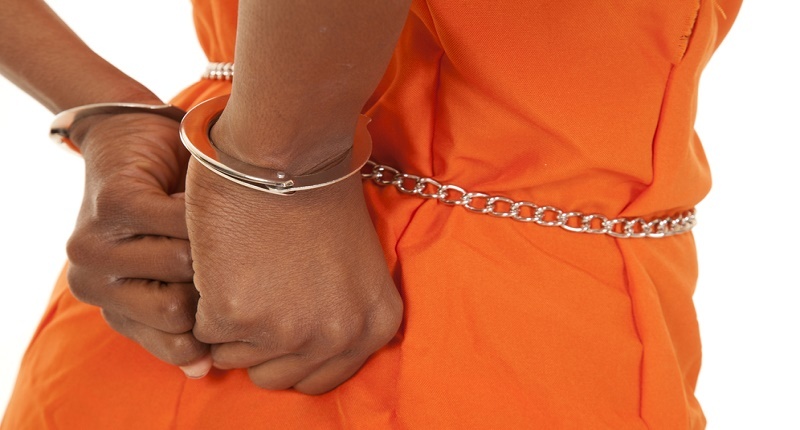 A black transgender woman is currently in solitary confinement in an Iowa jail because she is transgender.

Meagan Taylor, 22, was arrested Monday by Des Moines police after staff at the hotel she was staying with another transgender friend called police. According to the police report, officers were called by the hotel about “two males dressed as females who checked into the Drury Inn,” and that “staff was worried about possible prostitution activity,” according to the Des Moines Register.

She is currently being held at Polk County Jail in isolation, because jail officials don’t know whether to place her with men or women.

According to the Register, Taylor could be there for months. Her next court date is not until August 25. Her bail is only set at $2,000, meaning she could post $200 and be released. But because she was a visitor from out of state, she would need someone local to co-sign, and she doesn’t know anyone that lives in Des Moines. She doesn’t even have a lawyer yet.

In a jailhouse interview, Taylor told the Register that after the Drury Inn staff called police, they arrived at her hotel room and proceeded to search her, even though they found no evidence of prostitution.

She gave a fake name and a Missouri ID. The officer found pills in an unmarked bottle in her purse and arrested her for possessing prescription drugs without a prescription and an outstanding probation violation. The Register could find no explanation for a third charge — “malicious prosecution,” a serious misdemeanor.

The pills, Taylor said, are for her hormone therapy.

“It seemed like they were trying to find something to charge me with,” she said in a Thursday interview with the Register. “I lied about my name [but] I was not doing any illegal activity. The lady called police because I was transgender and was with a transgender friend.”

While federal guidelines under the Prison Rape Elimination Act take don’t say which sex transgender inmates should be housed with, it opposes long-term isolation and recommends decisions be based on the individual.

“There is… no good reason for a 22-year-old nonviolent person like Taylor to be locked up indefinitely,” the Register’s Rekha Basu writes. “Maybe the real offense is a private business calling police on paying guests because they didn’t conform to gender stereotypes.”

The Register reports that a transgender Lutheran minister from San Francisco has launched a fundraising campaign to help Taylor.