Three teenagers have been arrested after two transgender women were allegedly threatened and pelted with stones in the street.

The three young men, said to be of North African origin, are said to have approached the two women, known only as Elisa and Jasmin, as they made their way home.

According to reports in Germany, the men attempted to talk to Elisa, 37, and Jasmin, 50, as they walked down a street in Dortmund.

As the men began chatting to them, it is claimed they soon realised the two women were transgender and began screaming abuse and threats.

The couple reportedly told police the three teens attempted to grab their hair and breasts during the altercation – before things allegedly got worse. 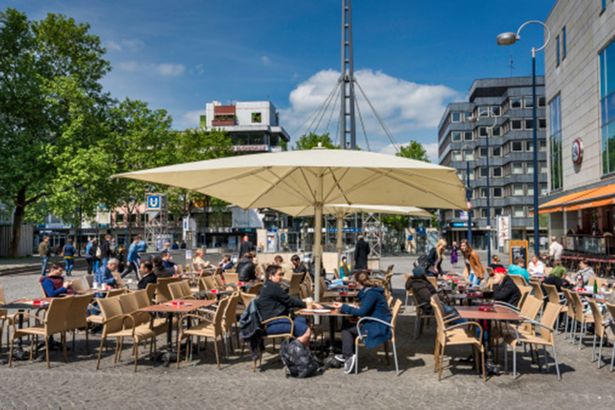 One of the alleged victims said: “Within seconds we were tossed around…and they took stones from a gravel bed on the corner and threw them at us.”

It is claimed the attack only stopped once a nearby police officer raced to intervene.

One of the victims told German TV channel Sat 1: “This is barbaric what they have done, they were barbarians.

“I’m sorry I’ve never heard about this (abuse of transgender people) but now I’ve seen it.”

Dortmund police official Kim-Ben Freigang allegedly said the suspects told the police that “such persons must be stoned.”

A spokesman said: “We intervened immediately. The three North Africans have been put into custody.”

The incident comes as tensions grow in Germany following a spate of sex attacks on women – allegedly by migrants from North Africa and the Arab world.