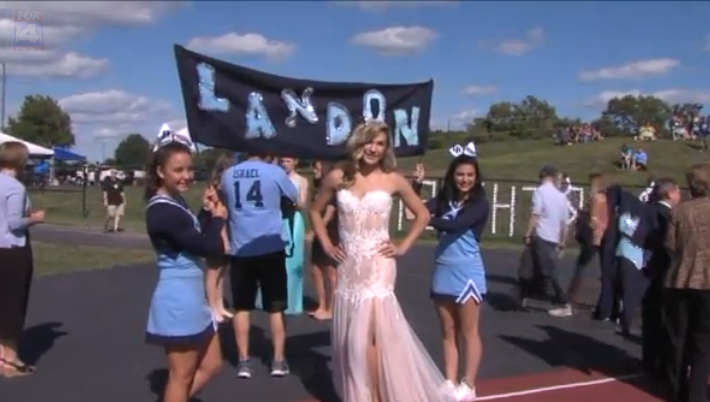 Landon Patterson prepares for her role as Homecoming Queen

KANSAS CITY, Mo. — A metro high school senior who is transgender made history when she was named homecoming queen.

During the Oak Park homecoming game on Saturday, the homecoming queen candidates were announced but what happened after that had everyone on their feet.

“Going in, I didn’t know what to expect,” said Landon Patterson about the moment she had been waiting for, but never thought would come.

“I’ve dreamt about it, freshmen year like ‘oh I wanna be that girl out there walking,’” she recalled.

Years ago, she sat in the stands, scared to be herself.

Landon was born a boy, but ever since she can remember, she says she has identified as a girl. This year, she fully transitioned.

“To have my students and friends vote for me, makes me feel welcomed and loved. For who I am,” said Patterson.

But it wasn’t until this moment, that she felt complete.

“Right now, I feel complete. I feel like that princess,” said Patterson.

Barriers broken, a moment years in the making.

“Be you! Life is too short, you just have to embrace who you are,” she said.