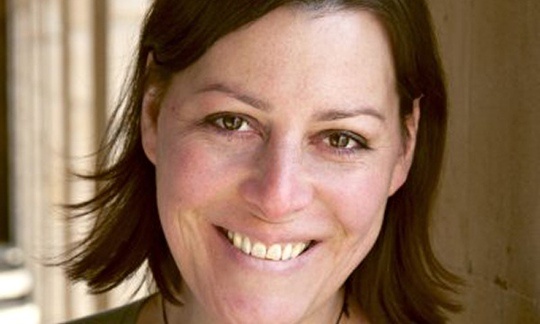 Boy Meets Girl, to be shown on BBC2 later this year, will follow story of 40-year-old Judy’s relationship with Leo, 26

The BBC has begun filming a groundbreaking sitcom that will be the first to star a transgender actor. Boy Meets Girl was commissioned by the BBC after the script, by Elliott Kerrigan, won the Trans Comedy Award in 2013, and will be the first BBC comedy to feature transgender issues prominently, as it follows the developing relationship between 26-year-old Leo and 40-year-old Judy, who is a transgender woman.

Judy is to be played by actor and stand-up comedian Rebecca Root, who underwent transition surgery in 2005. While it is still rare to see trans actors playing trans characters on British screens, Root follows in the footsteps of comedian Bethany Black, the first trans woman to play a recurring trans character on TV, Helen in Russell T Davies’s Channel 4 comedies Banana and Cucumber.

Sophie Clarke-Jervoise, executive producer of Boy Meets Girl, said the sitcom was a commendably progressive commission by the BBC. “I think it is a real step forward. I just think people really just don’t know much about this. The idea that a trans woman might be in an everyday heterosexual relationship without it raising comment – I don’t think that is something that people really think about.

“It’s been a challenge, because we really want to get it right, and we’ve taken advice from members of the trans community, but it’s mainly been very interesting. For the characters in our sitcom, we are picking up from the point of view of a family who has never really had anything to do with a trans person, so they don’t know the terminology, and hopefully as they learn, it will be an educational process for the audience as well.”

Speaking about Root’s casting, Clarke-Jervoise said: “When we started out, we always knew we had to get a trans actress – I don’t think we auditioned anyone who wasn’t trans for the role. It just didn’t feel right. It was a no-brainer, really. We auditioned a lot of people, but when we saw Rebecca she had such a lovely, natural warmth to her, and that’s what we really wanted. And Rebecca has been incredibly helpful in giving us some background of her story, so a lot of it based on truth, which is really great.”

Root will be starring alongside Misfits actor Harry Hepple, who will play Leo, while Denise Welch will play Pam, Leo’s mother. Filming for Boy Meets Girl, which the BBC says it hopes will become a mainstream comedy success in the same vein as Gavin and Stacey, has begun around Manchester and the show will air on BBC2 later this year.

Kristian Smith, commissioning editor, said the sitcom was greenlighted “ in the spirit of it just being a funny, lovely piece and being a natural portrayal of a relationship – it’s just this time it happens to touch upon a transgender experience as much as family and a love story. And that just brings wonderful colour to it.

“Obviously we are shining a light on a world that is previously unseen in British comedy and what it means to be a transgender woman. What I love about it is that it tackles an area of life head on without feeling chewy or heavy, and that is a very complicated thing to do in a comedy. Elliott Kerrigan, whose original idea it was, and the two other writers who joined him, together they have found a lovely human way through it. Above all it is a romantic comedy about two people who have found each other and the complications of a relationship.”

The BBC’s progressive approach to the comedy series has attracted praise from the trans community. Writing in the Guardian, Paris Lees, a transgender woman who fronted the successful awareness-raising campaign All About Trans, said: “About bloody time! As the lack of racial, religious and sexual diversity on television is being rightfully challenged, a quiet revolution is emerging in the way that trans people are portrayed on screen. It’s great to see trans folk bringing authenticity to roles.”

See more at The Guardian.com