A Thai military court sent an anti-junta transgender student activist to a male prison before releasing her, despite an LGBT group’s concerns over sexual harassment that she might face.

The two were indicted for breaking the Thai junta’s National Council for Peace and Order (NCPO) Order No. 3/2015, which gives military officers full power to maintain national security. Their offence was participating in a gathering to commemorate the 2014 coup d’état in downtown Bangkok on 22 May.

After the indictment, the military court sent the two to Bangkok Remand Prison before granting bail to the anti-junta activists with 10,000 baht surety and releasing them.

Natchacha, however, was sent by the court to the male compound of Bangkok Remand Prison before her release despite the fact that she has already had sexual reassignment surgery. 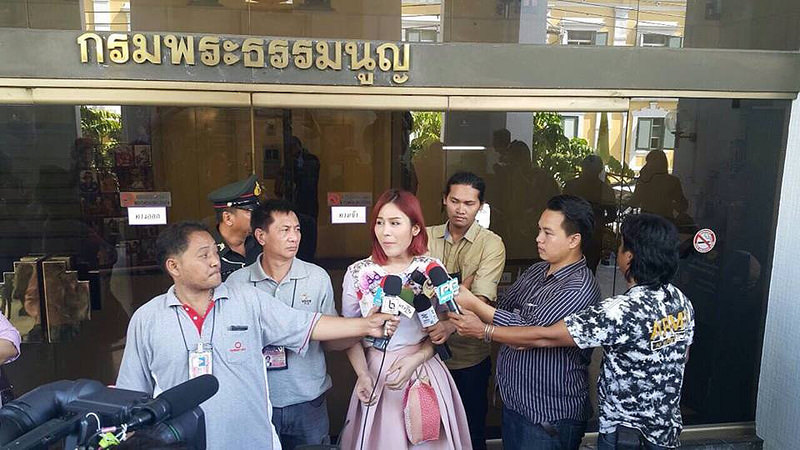 On 24 June, security officers in plainclothes arrested Natchacha while she was hospitalised and brought her to Pathumwan Police Station in central Bangkok for interrogation together with the 14 anti-junta student activists who are now in custody.

The officers then took her to the male compound of Bangkok Remand Prison before she was she released on bail.

Natchacha recounted that she felt extremely uncomfortable having to undergo a physical examination on 24 June in the male prison compound whose staff are all male.

Prior to being sent to Bangkok Remand Prison, Natchacha asked the military court to send her to a female prison instead because she is a transwoman. However, the court denied the request, saying that in accordance to the law the suspect is still ‘male’ and there is no law which stipulates that transwomen are female in Thailand.

According to the Coalition on Democracy and SOGIE Rights (CDSR), the court’s decision is against the Yogyakarta Principles on the Application of International Human Rights Law in relation to Sexual Orientation and Gender Identity, which states that the dignity and rights of LGBT shall be protected in custody.

“In cases which LGBT persons are in detention, they must be protected in accordance to their sexual and gender identifications and that in no circumstance should transwomen face physical examinations performed by male prison staff,” CDSR wrote in its statement.

In December 2014, two men who were thought to be military officers in plainclothes assigned to follow Natchacha threatened her with rape at a human rights event.